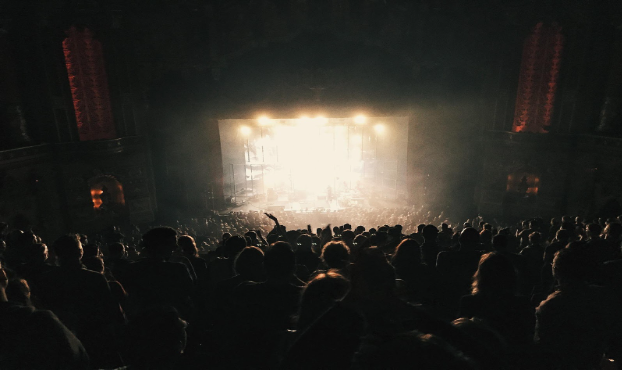 Understandably, popular bands that start with X are a bit hard to come by. This stems from the fact that, unless you’re trying to be cheeky and do a play on words – there’s not many words that start with the letter X in the English language.

Regardless, today we’ve managed to dig up a list for you, scoured from the darkest corners of the internet, from the dustiest boxes in its decrepit garage – we even dared to venture down the Encyclopedia Metallum dungeons to see what we can find.

So without further ado, here’s the list of my favorite bands and artists that start with the letter X.

70s Bands That Start With X

XTC were an English punk band from Swindon. The reason I call them Punk is because, well, that’s what they were. They may be recognized as a rock band, but they’ve also done pop, new wave, and anything in between.

This is also the reason why they never really achieved mainstream acclaim, as their reluctance to ride contemporary trends kept them in the spotlight for short periods of time.

Regardless, they left their mark on the music scene. Many post-punk bands, and interestingly enough – many Britpop artists hold them as major influences that contributed to their style.

During its almost 30 years career, the band managed to record and release over 10 albums and 6 singles that reached the UK top 40. Although as mentioned previously, they didn’t stay there for long. Still, it’s impressive that they managed to keep the band going for the better part of three decades.

Another punk band on this list, and this time with a saxophone. And the next time someone asks you which instrument is the most punk, you smack them right in the face and tell them “the saxophone.”

The band described themselves as “deliberate underachievers”, they just couldn’t be bothered to do any more than the bare minimum. Which, all things considered… fair, fair.

80s Bands That Start With X

X Japan is an interesting addition to this list. They’re from Tateyama, Chiba prefecture. They had originally formed the band while they were still in high school. It was first called Dynamite – but that only lasted for a year.

After they renamed themselves Noise, they played for a few years… Until they disbanded again. Once some of the original members got back together, they chose X as a placeholder name… And it kinda stuck with them.

Later, they changed it to X Japan. And oh boy, were they influential. Some would call them the pioneers of visual kei – a Japanese variety of what’s known in the West as “glam.”

X Japan played until 1997 when they split up, they have since reunited in 2007 and are going strong to this day. Their music style has changed over the years. Initially, they tried to ride the punk movement but that failed, then they passed over into glam rock/metal, and now they’re something between speed/power metal. Talk about a versatile band huh?

That is because this band is more famous for the name they started using later in their career … Obituary.

That’s right. One of the most iconic and influential bands in the early years of death metal started off as Xecutioner before they had to change it that is. Turns out, there was another band in Boston called Executioner, so –  the name had to go.

The band recorded a few demos during their bout as Xecutioner, mainly the iconic “Metal up your Ass” demo tape. Talk about tongue and cheek.

Rock Bands That Start With X

Another British band on this list. This time, these lads are from Aberdeen, Scotland.

They formed in 2001 and have since released four studio albums and a multitude of EPs. They mostly play indie rock and are still going strong today.

Xavier Rudd is an Australian multi-instrumentalist that’s been active for 30 years now.

He began his career in 1998. He mainly focuses on socially conscious topics regarding spirituality, environmentalism, and the rights of indigenous peoples.

Rappers That Start With X

We can’t have a list without mentioning some rappers as well. There aren’t many, but those that are, are very well known and acclaimed.

Xzibit is a well-known rapper who’s had a career spanning three decades by this point, with a few hiatuses in between.

He began rapping in 1992 when he was only 14 years old. Though his first appearance on a track would be a few years later in 1995 on the “Hit and Run” track, a part of the Alkaholiks Coast II Coast album.

Since then he has had many appearances and collaborations with many artists, ranging from Eminem, Snoop Dogg, DJ Hurricane, and a few others.

At one point, he even hosted the popular MTV show “Pimp my Ride.”  Following this, he transitioned into acting, as he felt let down by his label.

Although Xzibit still performs with his group Serial Killers, he mainly sticks to acting nowadays. Still, he was everywhere during the 2000s. You just couldn’t turn on the TV and not see his face everywhere.

XXXTentacion is probably the most well-known artist on this list. He took the internet by storm in the mid-2010s when he started posting on Soundcloud.

Many consider him the pioneer of emo-rap. As his lyrics mostly touched on topics relating to alienation and depression. Which in turn gained him a following of equal-minded teens who could relate to the music.

Sadly though, his life was cut short in 2018 when he was shot and killed during an armed robbery. And, just like a martyr, he became more famous in death than he ever was in life.

And that’s our pick for the most popular bands that start with X. A bit of an unusual topic – but we believe that unusual is a good thing. Visit our site at Beginnerguitar.pro and you might just find another “unusual” topic that might pique your interest.

It’s interesting how most of the artists on this list have had quite turbulent fates. Be it legal issues, health issues, or something completely different. Must be something with the letter X, it’s cursed I tell ya!