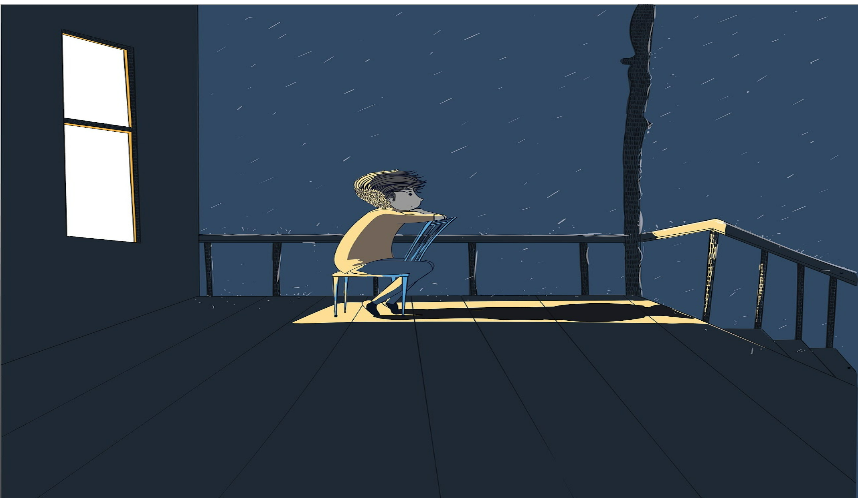 We’re all sad from time to time, it’s better to process those emotions than to let them linger, so why not process them by listening to our picks for the top ten saddest songs of all time.

Everybody feels down from time to time, it’s completely natural—you can’t be happy forever. Or maybe sometimes, you just want to drown yourself in a bit of sorrow. Whatever the reason, music is a good way to process that. Maybe by playing an instrument yourself, or by listening to music.

That is why today we’ve compiled for you a list for you that could help you process the different nuances of melancholy. Without further ado, let’s get into it.

This song starts off happy enough but quickly takes a turn. Unlike most sad songs which are about love- this one is not. In fact, it’s about an entirely different emotion. Fear, and confusion.

This song is about the Blitz during World War 2, it even beings with a mention of a plane up in the sky by a little girl. We are only left to imagine what that little girl’s fate could have been.

Many people lost their lives during World War 2, and looking back at it, the only valid emotion that is left is sadness. For the events that happened – and that humanity even allowed it to happen in the first place.

I’ve always interpreted this song to be quite biblical in its nature. The scene of a lady covered in light walking into a darkened bar, and causing the patrons to fall down and cry at the sight of her.

I’ve always thought to myself that that scene represents evil trembling before good. I guess not all sad songs have to have a sad ending after all.

Number 8: Viktor Stolyarov – When we Were at War

Originally this song was a poem by David Samoilov, but it was turned into a song by Viktor Stolyarov.

It tells the tale of a cossack retelling his life story. He tells us how before going to battle every one would think of their loved ones, be it a girlfriend or their wife.

Our protagonist doesn’t have that comfort anymore, as his loved one has married another man – thus giving away her maiden’s heart to another.

So, our protagonist decides that his fate should be to go into battle and catch a bullet so that he may be spared from his heartache… Yet he manages to survive somehow, thus, he has no reprise from his heartache.

Spancil Hill is another traditional folk song. It’s actually based on real events that happened to the author Michael Considine.

He was an Irish immigrant to the US, and in his poem, he writes about a memory he has of his home. He remembers his neighbors and his friends, he even remembers his love… yet, he cannot be with them.

For poverty had driven him out of his homeland, as it had many others.

Luke Kelly’s retelling of the story always stings, especially the ending. It forces you to relate to the story, no matter your circumstances.

This song is particularly painful because of the message it sends.

In it, Nas sings from the perspective of a gun, and how it’s being used in multiple crimes.

In my opinion, Nas does a good job of portraying how much gun violence affects the lives of everyday people. Leaving people dead or maimed, ruining lives and splitting families apart.

Sometimes, you’re just sad at the state of affairs. And what’s more horrible is the feeling of powerlessness to do anything about it.

This song is about an experience that many of us have had growing up. It’s about a man whose parents instilled in him a mentality where he should never question what he is told, never to question authority.

The ashes that are being mentioned I’ve always interpreted as the man’s childhood. If you are forced to grow up at an early age, you’re often left with scars that are hard to find – and even harder to heal.

But, as the old adage goes. “All’s well that ends well.” In the end, the man finds his inner child and embraces it again. So, I’d like to think that he’s finally accepted who he is.

This song has something about it that you just cannot explain. It’s melancholic and reflects the mood of the Cold War. Yet, it has a melancholic beauty about it.

Many people interpret this song to actually be about nuclear warfare. And I’m inclined to believe the same. It becomes obvious once you look at the chorus.

I’ve always interpreted that this part is about the day after MAD (Mutually Assured Destruction). Where the only emotion left would be confusion for those that survived, nothing else, as everything has already been lost.

Number 3: Led Zeppelin – All of my Love

All of my Love is a song written in honor of Robert Plant’s son Karac who had died while he was on tour. Apparently, he received the news as soon as their show had ended.

Apparently, Robert Plant only ever sang this song once, and never again.

The pain of losing someone is great, it’s even greater when they are taken away from you forever. It’s a suckling pain that doesn’t go away easily. I could only imagine Robert Plant’s pain while singing this song.

Now, I know that this song is a cover of Black Sabbath. But I still believe that the soul Charles Bradley puts in enriches it so much more.

As he himself described it. He didn’t want to do it initially, but after losing his mother and saying their last goodbyes, it just naturally came to him.

It’s a song anybody who has lost a parent can relate to. Be it the original by Black Sabbath, or the cover by Charles Bradley.

Surprise surprise, another cover. But can you blame me? This is the go-to “sad song” for many.

Johnny Cash does an amazing job with this cover. So much so that many people forget that it’s a cover of a Nine Inch Nails song. But as the old rule on the internet goes. If someone covers a song better than the original artists, then it’s their song from that point onwards.

Special Mention: The Caretaker – Everywhere At The End of Time

This project is actually about dementia slowly creeping in. Each of the 6 different albums that make up this project is about a particular stage of dementia, and how the artist imagines it must feel.

Once you get to the 6th album, and nothing becomes recognizable anymore… then it’s just sad. A truly horrible fate for those suffering from it.

That’s our list of the top ten saddest songs of all time. Of course, this list might look different for you than it is for us. The goal of this compilation was to explore the different nuances of sadness and even how different peoples and artists portray it. From traditional folk songs to more modern rap and metal songs.