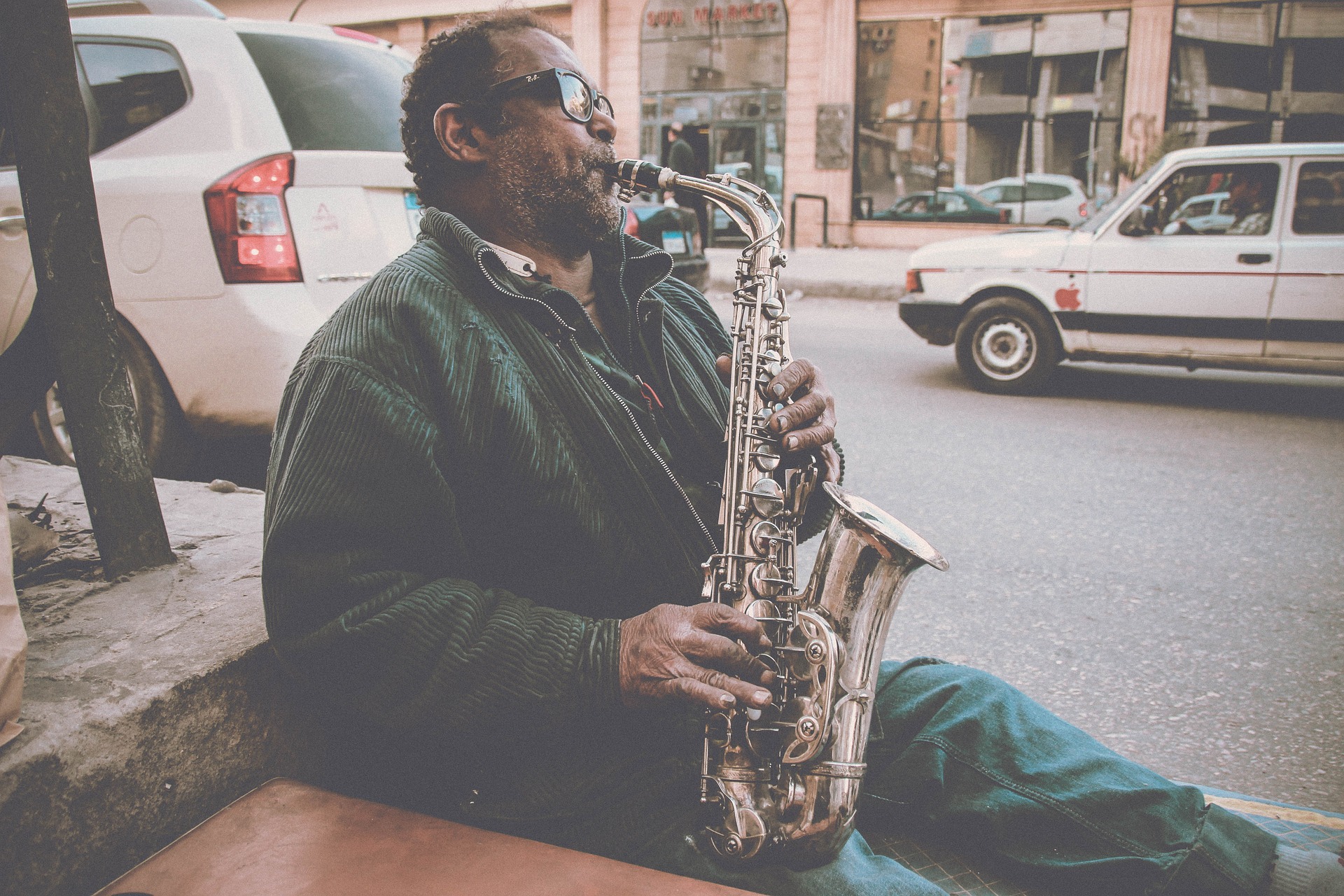 The saxophone really is the sexiest instrument, that’s why today we are talking about some of the best songs that you can play on your saxophone right now!

The saxophone is one of the most iconic horn instruments there is, making its way into every genre. Although it’s most famous for its use in jazz and blues, it has since crept its way into more “unusual” places… Like metal for example. Nobody expected that one now did they?

Regardless. Its cultural contributions deserve to be recognized – and the great musicians who brought out its full potential. Some musicians like John Coltrane for example even earned a canonization for their contribution to the arts, and the revolution they brought into western music.

That is why today we will be looking at some of the most iconic songs for the saxophone. Let’s get right into it.

Possibly the most iconic song on the saxophone ever. Usually played in every cliche movie scene when a character is trying to seduce another character. Still, it’s one of the best compositions ever for the saxophone – paired with George Michael’s voice, and you have a work of art.  It’s impossible to listen to this song and be in a bad mood… You might even find yourself falling in love with a person who never even existed in the first place…

You wanna know what’s smooth? The saxophone in this song. This song is possibly the definition of an “80s” song. It has everything that we love and remember the 80s for. The aesthetic, the sound, the theme, the serene voice of Sade. An incredible composition.

It’s impossible to have a list about the saxophone and not mention the late great John Coltrane. What he did with his saxophone revolutionized western music forever – and he only had to look at the east for inspiration. Of course, none of this would have been possible without the support of other great musicians around him. And thanks to their contributions, we are much richer for it.

Not every song on the saxophone has to be serious – Beastie Boys convey that lesson perfectly. While it isn’t unusual to encounter a saxophone in an R’nB song. It’s rather unusual to encounter a saxophone in a hip-hop song. But the Beastie Boys manage to incorporate it perfectly into the hook. While “Brass Monkey” isn’t “Sabotage” or “Fight for Your Right”, it’s still one of the coolest songs they have ever written. Silly – yet catchy.

The saxophone on this song is quite simple – but catchy. And that’s all you need to make a good song. But hey, having a simple progression doesn’t necessarily make a song bad, on the contrary – it makes it beginner-friendly. A perfect song to learn if you’re getting into the saxophone.

Sometimes the instrument accompanies the vocals – and sometimes, the vocals take a seat and let the instrument speak. “I Can’t Go For That” is a perfect example of such a case. While the vocals are quite repetitive, the saxophone solo comes in and adds soul to the whole performance. And let’s be real, if the saxophone can’t steal the show – then nothing can.

Donna Summers – She Works Hard For The Money

Donna Summers is considered the queen of disco music. And like any good queen, she knows and understands the capabilities of all her subjects. That is why she opted to include a sexy saxophone solo to accompany her in this classic. It’s bound to get the song stuck in your head and on repeat. Cause, let’s be real. There isn’t a single person who doesn’t love disco music. Only a liar will tell you that they hate disco music.

Dexter Gordon – Stairway To The Stars

If we are to talk about the greats out there, then among John Coltrane we also have to mention Dexter Gordon. Another pioneer in the genre. His playing speaks volumes – a man who’s said volumes just with his instrument alone. “Stairway To the Starts” really does send you off onto a journey to the stars. What that journey is is different for everyone. And I believe that is exactly what Dexter Gordon would have liked to experience with this piece. Our own internal journey, whatever that may be – so that we may be left richer for it.

This is definitely one of the most iconic intros to any show ever. And while I’m sure that many of us usually skip the intro to the shows that we are watching – you simply don’t skip Tank! A little history about the song. It’s a composition by Yoko Kanno and performed by the Seatbelts. It’s most iconic for being the intro to the popular “Cowboy Bebop” anime. The thing that many people get wrong about this song is that they believe it’s a bebop jazz song – but it isn’t. That’s what’s so genius about it, it’s actually a big band jazz piece set in the key of C Minor.

Remember when I mentioned the saxophone in metal at the beginning of this article? Well, this is one of the songs I meant. The first time I heard it I was honestly surprised, shocked, appalled even. Frankly, I didn’t know how to react. But it quickly grew on me as I kept listening to it. And after a while, I got hooked on it. An interesting song for sure, with creative use of the saxophone.

Street music has always been a great source of discovering amazing new talent. And it’s exactly on the streets where you will often find the masters of their particular instruments. This guy is definitely one of them.

But hey, that’s our pick for the best songs for the saxophone. It really is one of the most interesting and captivating instruments that you can choose to pick up. Very hard to learn and master – but breathtaking when performed.

As always, consider checking out our site at Beginnerguitar.pro where you will find heaps of cool articles that will inspire you to pick up the saxophone – or the guitar at least.