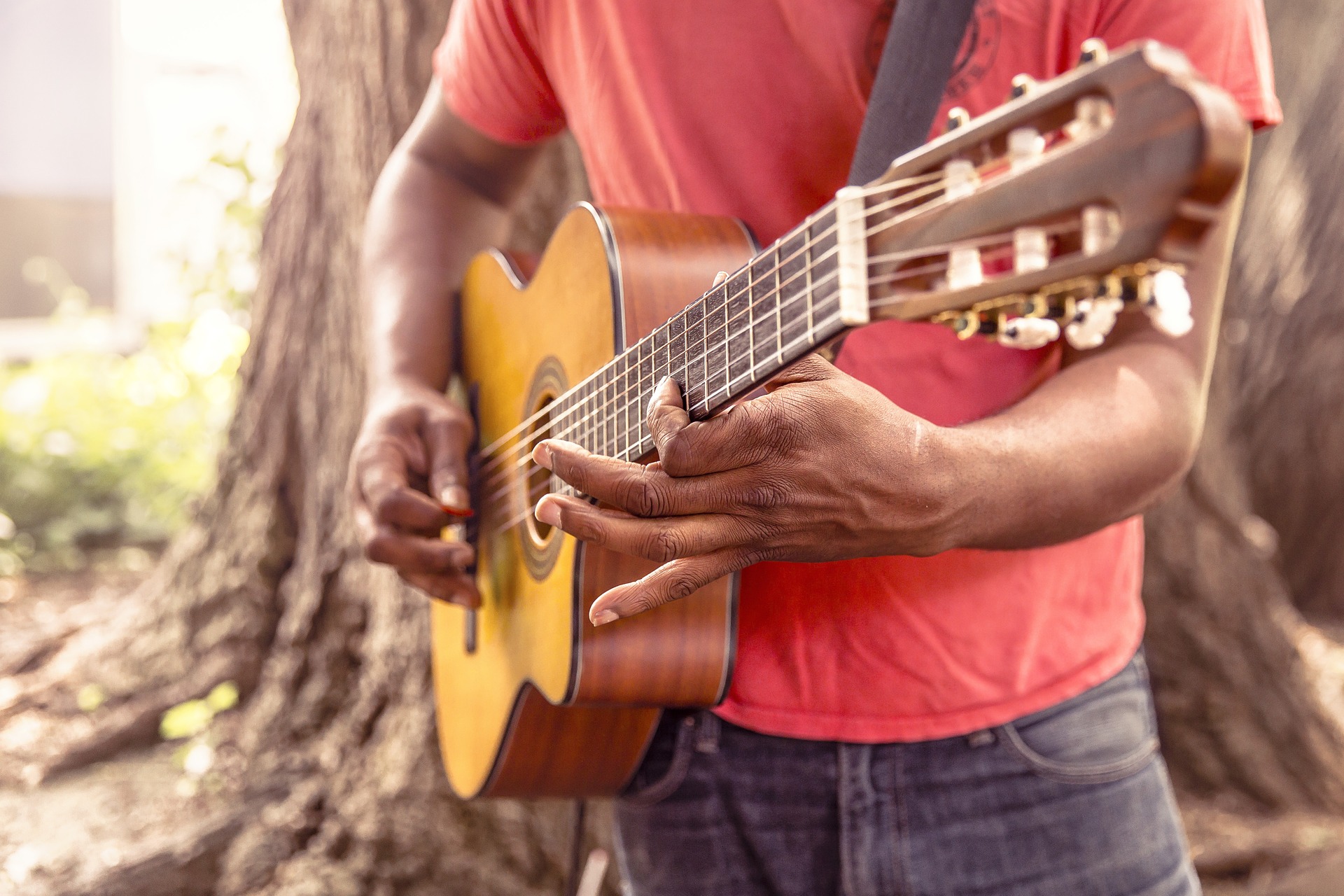 The short answer? Yes. You can absolutely play the guitar even if you do have long nails.

The long answer? Well, you’ll have to stick around till the end of the article for that.

Playing the guitar is a fun, recreational activity, right? Could having long nails prevent you from doing so? Can you play guitar with long nails at all? Those are valid questions to ask. So, to answer them, let’s list the pros and cons of playing the guitar if you have long fingernails.

The Pros of Playing Guitar With Long Nails

The pros are obvious right off the bat. Certain guitar playing styles like fingerpicking, flamenco, and classical guitar all greatly benefit if you have longer fingernails.

But what are “longer fingernails”? An inch from the base? Two inches? Five inches?

Let’s leave the faux philosophy for another day. As it really doesn’t matter.

So let’s instead, analyze each individual pro and.

It’s pretty self-evident why this is made easier if you have longer nails. Not that you can’t play fingerpick if you don’t have longer nails – it’s just that it’s a lot harder to be precise if you do keep them short.

For this reason, many guitar players who heavily use the fingerpicking style in their playing usually trim their nails in the shape of a guitar pick, as that shape helps with the picking exponentially.

You are left with sharpened nails through soooo… don’t pop an eye out.

Flamenco by itself isn’t just a guitar style. It’s an entire art form with a rich heritage behind it.

It originated in Spain, among the Andalusian peoples in the late 18th century. It’s an art movement that is part dance, and part music.

The three most important elements of the flamenco style are a flamenco mode, a rhythm, and a performer. Only when the three are aligned can it be truly called Flamenco.

How this benefits us in practical terms is the following. Flamenco comes in many different time signatures – depending on what you are playing of course. But the most common time signature is 12/8. All things considered – that is pretty fast.

Put plainly. Certain techniques of flamenco like Rasgueado and Picado are made exponentially easier if you have longer fingernails to help you out with it.

Unlike the usual western style of guitar playing that we are used to. The classical style is completely different.

For starters. Using a pick is considered the ultimate heresy. And you also get a neat little foot chair while playing, so that you can rest your guitar on your knee.

I’m gonna stop rambling for a moment and focus on what’s important here.

Unlike western guitars that use bronze strings. Classical guitars use nylon strings and the bodies are shaped differently. The production process they go through is also different, so as to produce the best possible tone.

And as implied earlier. You mostly use your fingers for the picking and the strumming while you play in the classical style.

Tying into the previous point. That is also why most flamenco guitar players prefer classical guitars rather than western guitars.

The Cons of Playing Guitar With Long Nails

Of course, it isn’t all just good news. There are also some downsides to playing the guitar with long fingernails.
Unintentional tones, possibly inhibiting your speed and precision, and it could possibly cause issues when playing on a scalloped fretboard.

What I mean by extra tones is this. While you are playing, you might sometimes strike an extra note while you are transitioning into another chord. Or you may entirely mess up a phrase by over saturating it with extra tones that you’ve accidentally hit.

This is something that can happen if you have long fingernails. It might be a “musicians mistake” that regular people won’t pick up. But any keen musician will easily be able to pick it up.

This can be totally infuriating, especially after you’ve nailed a really hard part in a song. It can totally throw you off.

So, in the long run. If your playstyle requires great precision – it’s probably a good idea to keep your nails to an appropriate length.

Inhibiting your speed and precision

This point can tie in with the last point.

If your guitar style requires you to be very precise, like in jazz or in certain genres of metal. Then you really have to be careful while you play. Long fingernails will only hamper you, as they can get caught on strings, and they can possibly force you to raise your fingers higher than what is usually required between transitions.

What all this means is that your speed and precision might suffer if you have longer fingernails. But then again, technique is perfected with time and practice. Over time this shouldn’t be an issue once you’ve gotten used to it.

Playing on a scalloped fretboard

This is mostly relevant to playing the electric guitar – as I’ve yet to see a madman who would scallop an acoustic guitar.

Scalloping is when you take the fretboard of your guitar and you chisel out recess’ in the wood. Thus making your frets deeper than usual.

This adds an extra challenge while playing the guitar because you have to be really careful with a scalloped guitar. In the best-case scenario, if you push down too hard on the frets you will just take your guitar out of tune. In the worst-case scenario, I’ve heard of guitar strings breaking under too much force.

But here’s where the problem comes in if you’re playing with long fingernails.

At the least, it will mess with your mind-muscle connection.

Those are just some of the pros and cons of playing the guitar with long fingernails. Of course, nothing said in this list is set in stone. It’s just general principles while playing the guitar. Certain things hamper you – while others are a boon.
It’s important to always practice your technique. And as cliche, as the old saying is, practice really does make perfect.