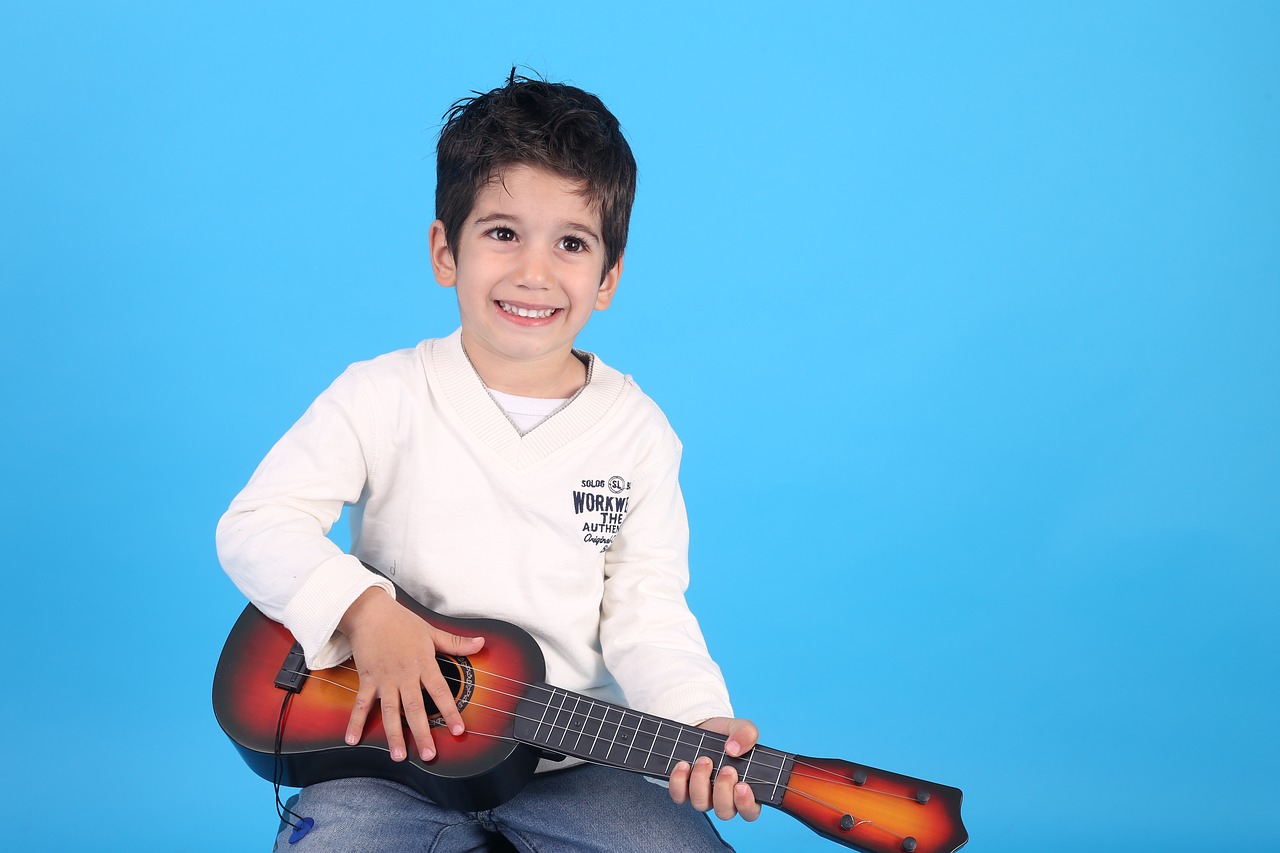 What do you think of when you hear a phrase “guitar Gods”?

We all think of professional guitar masters who’ve dedicated their life to music.

You may think of a guitarist of your favorite band like Angus Young or Slash.

Or…maybe you think of a solo guitarist like Steve Vai?

Either way, most of us will think of a grown up man (or women) who had plenty of time to master their guitar skills and become the masters of their instrument.

But what if I tell you that you don’t need to spend 20-30 years of your life to become a guitar virtuoso?

You don’t believe me?

Allow me to prove you wrong. I promise that in about a second your jaw will drop after watching these kiddos shred. (spoiler: some of them are not kids anymore)

Top 6 Talented Guitar-Playing Children That Will Make Your Jaw Drop!

At the age of 9 Anton Oparin was already performing some of the hardest songs of Paul Guilbert, such as Scarified and Technical Difficulties. Paul Gilbert met Anton personally and even gave him some tips. Anton has a Youtube channel and a websites where he teaches his students guitar.

Tina S is a French guitarist who is known for her insane guitar skils. She specializes in playing technically difficult songs by Van Halen, Megadeaths, Pink Floyd as well as metalized classical pieces from Paganini, Vivaldi and Beethhoven.

According to Consequenceofsound.net, Taj has picked up a guitar only 2 years ago after going to AC/DC concert.

My dad took me to an AC/DC concert… and I said, ‘I want to do that for the rest of my life.

On his Youtube channel Taj loves performing songs of AC/DC, Guns N’ Roses, Slash and Queen. Still hesitating whether or not you should buy your kid a guitar?

A kid playing Eruption, Paranoid, Final Countdown and singing at the same time? At his age I was eating sand.

This kid has blown my mind many years ago when I first heard him perform. Enjoy getting getting your mind blown away from Rony playing some Slipknot, Black Sabbath and Metallica.

You know they say no matter how good you become at something – there’s always an asian kid doing it better than you?