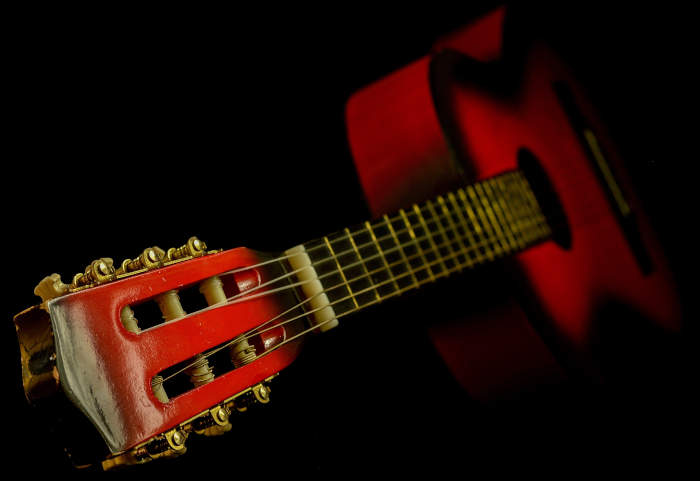 Through your time learning and performing classical guitar, you’re bound to encounter pieces of music composed by some of the best classical guitarists the world has ever known.

Having knowledge about music history and the amazing creative minds that brought the guitar from the obscurity of an accompaniment instrument into the spotlight of renowned solo performances will give you a connection to the pieces you’re playing and add fuel to your own creative fire.

If changing your classical guitar strings has you feeling frustrated, take a little break to read about some of the super inspiring masterminds that helped make music what it is today. 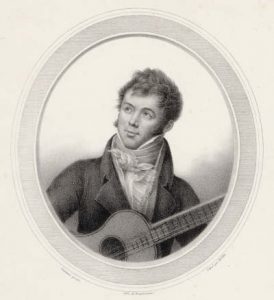 Fernando Sor was born in Barcelona, Spain sometime in the 1770s.

His family for generations had been career military personel, and had his father not introduced him to music at an early age, the history of classical guitar music might today be very different.

He started composing songs at around the age of 11 using a system of musical notation he invented himself, and soon after began formal study at the choir school of Santa Maria de Montserrat. Sor did end up in the Spanish army during the early 1800s, but through the tumultuous changes of politics and policy, ended up fleeing Spain for France in 1813.

He spent the next decade and a half decade traveling Europe, composing a huge body of work and giving guitar and voice lessons. He spent the last years of his life in Paris, dying in 1839.

Fernando Sor should be considered the Patron Saint of Beginner Classical Guitarists, for during his time in France he composed an incredible number of classical guitar pieces specifically written for Parisians who wanted simple yet beautiful songs to practice.

He wasn’t exactly fond of this work, sarcastically naming his opuses with titles such as “My Annoyances”, “Very Easy Practices”, and “Six Easy Pieces, Is This It?”. Despite this, Sor’s collection of easy classical guitar songs has helped thousands of new guitarists start down the road to classical guitar mastery. 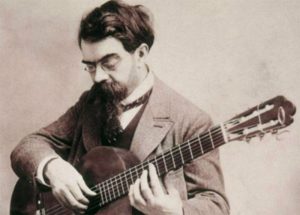 Born in Spain, in the Province of Castellón on November 21, 1852, Francisco Tárrega has been called “the Father of Classical Guitar.”

He was first enrolled in music lessons after suffering an eye injury as a child.

His father, fearing the young Tárrega might lose his sight completely, thought becoming a musician would be the best safeguard against future joblessness, as he could perform even if he became blind.

However, his vision recovered and Francisco began a long life of studying, performing, and composing music. In addition to the guitar, he studied piano extensively until his mid 20’s, when his mentor at the Madrid conservatory convinced him to focus solely on his guitar work.

This study of piano enabled him to transcribe many famous piano works for the classical guitar which remain celebrated to this day. Tárrega married, had children, and played concerts throughout Europe until his death in Barcelona in December 1909.

His artistry created the groundwork for the following century of classical guitar and has had an influence that can be heard in as varied places as concert halls around the world to the Nokia ringtone.

Some of his most well-known pieces are: 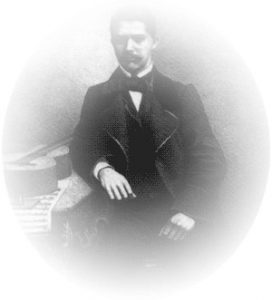 Although few details of his life are known, we do know that Julián Arcas was born in Sevilla, Spain in 1832 and played concerts throughout Europe starting at the age of 16.

In addition to 30 transcriptions, Arcas wrote 52 original pieces for the classical guitar and was highly influential in the music community of the time. As a matter of fact, he tutored Francisco Tarrega at the Barcelona conservatory.

Arcas has a direct influence on nearly every modern acoustic guitar, as he instructed the important luthier Antonio de Torres to construct larger soundboards of thinner material, the first design of its kind and still today considered by the best classical guitar brands the key element of guitar tonality.

Agustín Barrios was a Paraguayan guitarist and poet born in or near San Juan Bautista in 1885.

He became one of the youngest people to attend university in Paraguay, beginning his musical studies at the Universidad Nacional de Asunción at the age of 15. After university, he became a prolific performer and composer, and more than three hundred of his songs survive to this day.

Additionally, Barrios was one of the first classical guitarists to be recorded, with his first recordings taking place in 1909. After performing and touring extensively throughout South America, Agustín died in El Salvador in 1944.

Most of Agustín Barrios’ 300+ compositions are still performed today and saw a great revival in the 1970s, almost two hundred years after his death.

An Italian born in Naples in 1770, Ferdinando Carulli began his musical journey not as a guitarist but as a cellist.

It wasn’t until he was 20 years old that he began playing guitar, but he quickly became a self-taught master. Carulli composed more than 400 pieces for the classical guitar and many others for various other instruments.

He authored the invaluable “Méthode complète pour guitare ou lyre” and even co-invented a 10-stringed instrument called the decacorde, which can still be seen today at the Music Museum of the Cité de la Musique in Paris.

Carulli toured across Europe and was a highly regarded guitar teacher in Paris until his death at the age of 71 in 1841.

Ferdinando Carulli’s pieces are still practiced by students the world over, and his multi-instrumental compositions are daily revisited by hundreds of musicians.

Among his many compositions are:

If you’ve been playing classical guitar for years or if you’re looking to buy your first classical guitar, hopefully you feel as inspired as I do reading about these historic composers.

During their lives, these classical guitarists and composers were considered among the most talented musicians in the world, and their influence and impact on guitar music still resounds centuries later.

Without them, classical guitar music would be entirely different today, if it even survived to this modern age. So, the next time you sit down to stroke those nylon strings, remember these great contributors and give thanks to their dedication and expertise; because chances are you’ll be playing a piece of music either directly written by or largely influenced by them.