Youtube has become huge today. Talented people from all around the globe get an opportinuty to become famous and it takes is to grab a camera or a phone and to shoot a video. In fact, it may surprise you that there are many celebrities who became famous through Youtube. Some of them are Justin Bieber, The Weekend. Ed Sheeran and many more.

However, in this article we taking a look at the most talented guitarists on Youtube. Even though some of them are not famous enough to be qualified as “celebrities”, by creating original, high-quality content they inspire and educate thousands of beginner guitarists from all around the world.

This list is not based on the popularity or number of social media subscribers.

There is no particular order or rating since every channel is unique and there is no way to rank or categorize them. 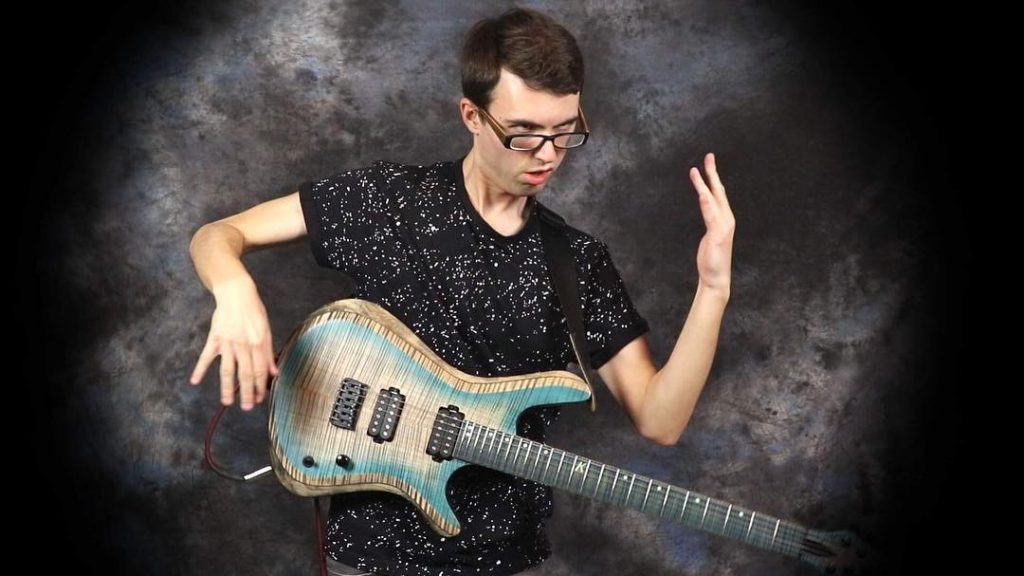 Stevie T is a well-known guitar enthusiast on Youtube. He has gained widespread popuparity for his comedic scetches, guitar lessons and song covers. His Youtube career started back in 2008 and at the beginning his videos weren’t getting that many views. It’s important to say that even back then he was already very good at guitar. In 2011 he posted a great cover of the Van Halen’s solo for “Beat it” by Michael Jackson, which may look easy to play, but it’s really not.

As you might have already noticed, Stevie T loves making faces and entertaining his audiance. Luckily for Stevie, people love being entertained and more often than not they watch TV, Netflix or Youtube to laugh and have fun. In 2012 he created a hilarious sarcastic “lesson”, demonstrating “the superior guitar technique of Lil Wayne’ that was his first BIG success on Youtube and even made him somewhat famous. In addition to being original and funny, the video also ends in a fantastic improvised solo that clearly demonstrates Stevie’s talent and guitar skill (WARNING: orgasm guaranteed). After this video Stevie posted a couple of educational guitar lessons, however they did just “okay”. It’s not that Stevie T is a bad guitar teacher. Information needs to be processed, which is hard. That’s just how humans work. This is why people come to Youtube to have fun, not to educate themselves. Pretty quickly it became clear to Stevie T that entertaining videos get much more views than educational. Starting from 2013, Stevie starts slowly switching to creative, entertaining and comical types of videos. Some examples are:

Another quality that makes Stevie T stand out among other guitarists on Youtube is creativity. While there is definitely nothing wrong in creating video content of a certain format (guitar covers or lessons), it’s just amazing how many unique ideas Stevie T had turned into awesome and interesting to watch videos.

I could continue this list, but it’s already pretty obvious that Stevie T is full of unique and interesting ideas for his videos and, to be honest, I don’t know where he’s getting them from.

With so much being said about his creativity and entertainability (is this even a word?), let’s not forget about the most important ingredient of Stevie’s successful video receipt: his insane guitar skills. All the fun and creativity probably wouldn’t get his videos so much attention and subscribers if Stevie wasn’t an outstanding guitarist in the first place. It’s not clear when he first picked up a guitar and where he learned it, but the Stevie T is a BEAST at guitar. It becomes pretty obvious after watching a few of his videos, but there is one particular that clearly demonstrates Stevie’s level.

Stevie T consistantly participates in “shred wars” and “shred collabs” with other top rated guitarists on Youtube, such as Jared Dines, Music Is Win, Rob Scallon, Rob Chapman and many more. Even though Stevie T was influenced by and is a fan of such guitarists as Kirk Hammet and Slash (who are known for using “wah” pedal), he doesn’t like it. So you won’t see Stevie use a wah pedal in most of his videos.

In one of his video Stevie T admitted that he doesn’t like social media. Moreover, since he is popular, Youtube reached out to him “suggesting” to do 1-2 videos a week. According to Stevie:

More videos doesn’t necessarily mean better. When I was killing it on Youtube, I was only doing a video every 2 to 3 weeks. And that’s only because my videos actually took that long to do.

In his recent videos he started running some paid promotion and ads. A lot of people like to complain about ads everywhere, but hey – the man has been working his ass off for years producing top quality content for his fans out there. Stevie T totally deserves every single bit of success he has today and he’s not even stopping at what he achieved. While Youtube is huge, there aren’t that many channels in 2019 who still focus on quality instead of quantity and are not packed with promotions in every video. It’s nice to know we all can expect more awesome videos from Stevie T.

Don’t miss his next video by subscribing to his Youtube channel! 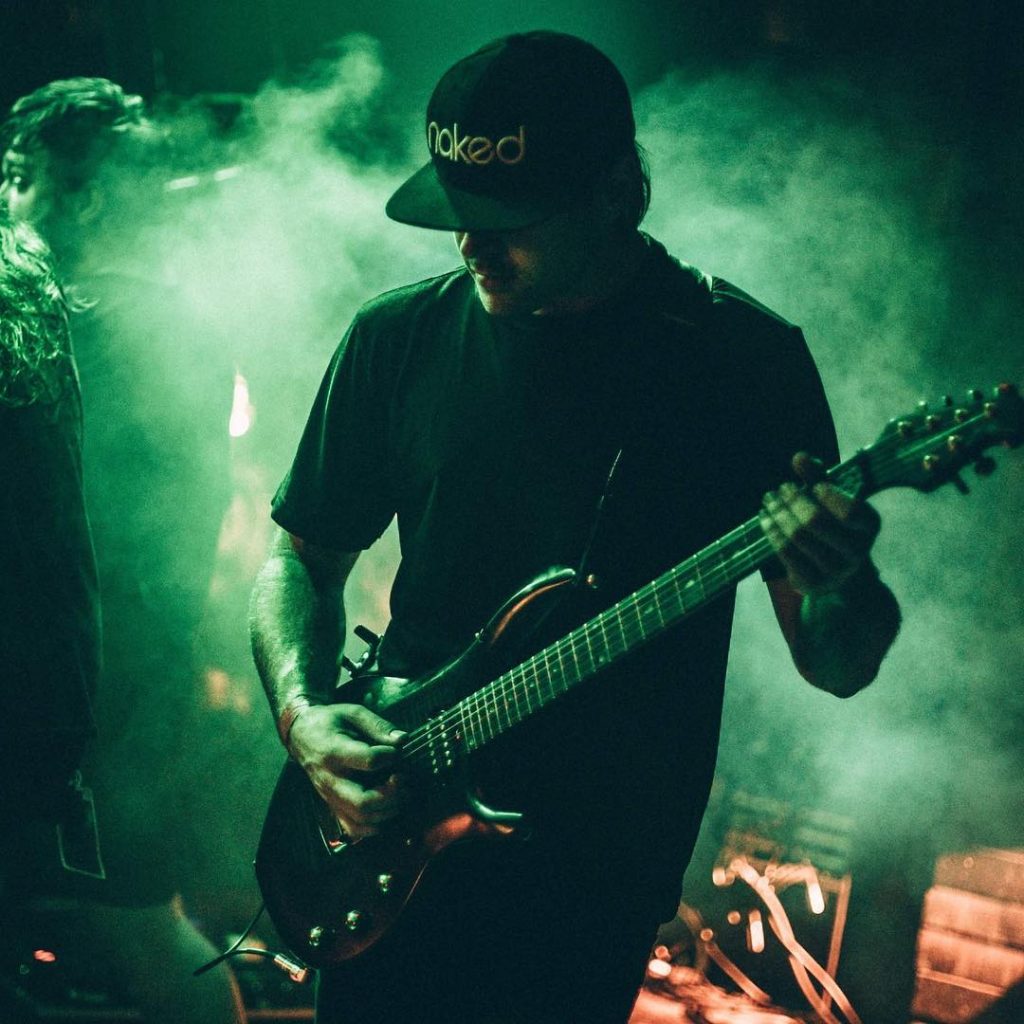 Jared Dines is a talented guitarist, vocalist and drummer. He has a very popular Youtube channel where he performs his guitar covers and music-related comedy skits. Besides that, he also plays guitar for the band Rest Repose.

What makes Jared Dines special on this list is the fact that he is a multi-instrumentalist. While he totally deserves a spot on this list as an outstanding guitarist, it is important to mention that he also plays drums, bass and sings at professional level. This is not just my opinion – his drums and vocal-related videos are as popular as his guitar videos. Here is a proof of my words – his video titled “Every kind of drummer” received 4.1M views and 47k likes.

Jared is a big fan of metal and, more specifically, Djent.

Djent is a subgenre of progressive metal, named for an onomatopoeia for the distinctive high-gain, distorted, palm-muted, low-pitch guitar sound. Learn more.

There is an interesting story that happened to him recently. In 2017 he wanted to make a Djent video played on a 17-string guitar. He paid $1200 to a person named Nickolas Olsen who claimed to be a luthier and was supposed to craft him the 17-string guitar for the video. He would send the process photos and everything seems to be fine. However, for whatever reason he didn’t deliver the guitar in time.

Later it was revealed that he was buying these guitars for $400 and selling them for a much higher price. This is obviously a scam and Jared made a whole video revealing the scam and warning other buyers who could be potentially scammed by this “Nicklas Olsen” person. After the reveal, he deleted all his social media accounts.

Luckily though, the fine folks over at Ormsby Guitars took up the challenge, and made Dines a genuine, fully functioning 18-string guitar, which he demonstrated at the NAMM 2018 show. Here is how success looks like.

Jared Dines has never disclosed information about his income, howevernet worth is estimated to be about $200, 000. Besides the revenue from Youtube ads, he has his merch store.

There is not much information about his background, family or personal life. One thing we know for sure is that Jared Dines has a girlfriend named Kayti, who you can see on his instagram photos and youtube videos. 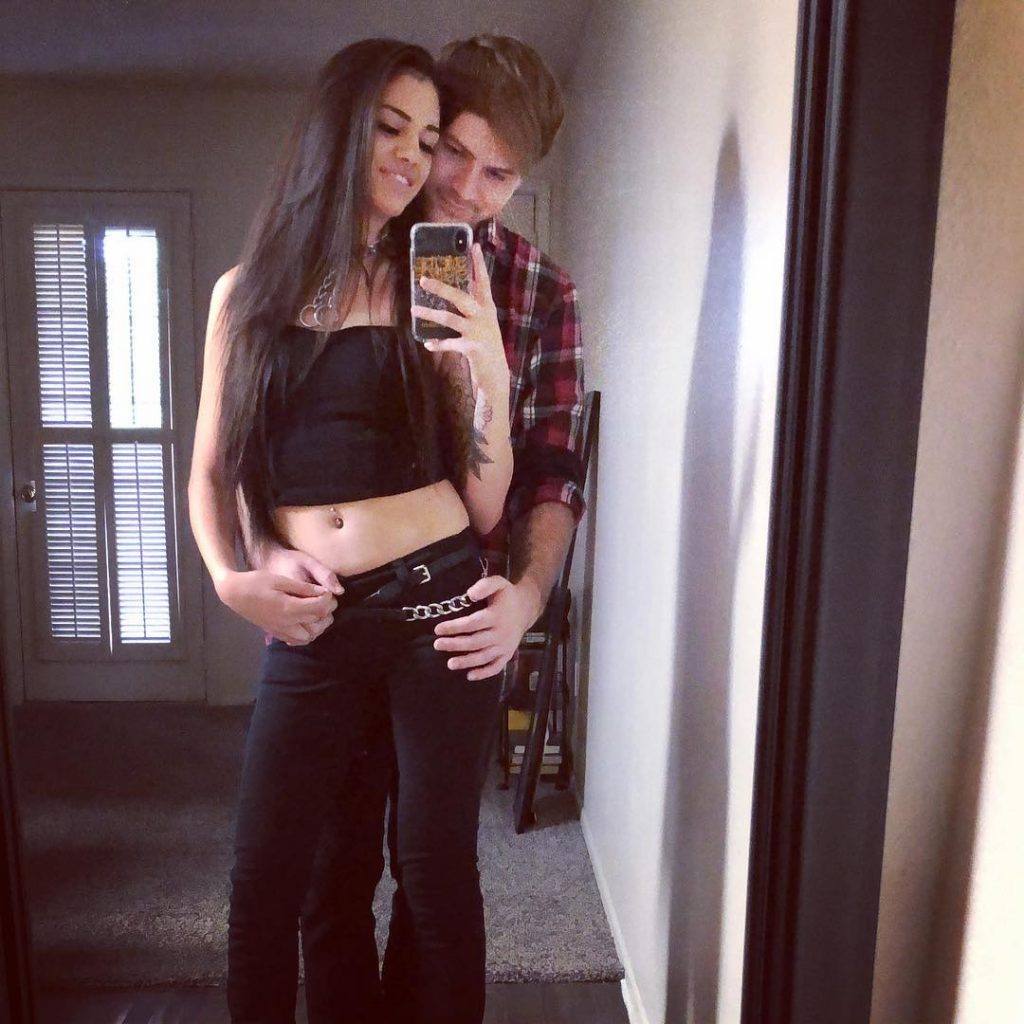 Even though on Jared doesn’t really teach beginners how to play guitar you still should definitely subscribe to him.

Because this guy at the age of 31 has become extremely successful due to his talend and hard work. Looking at how much you can achieve at this young age will inspire you to pick up your ass and take action towards achieving your goals. The best thing is that Jared continues being active on Youtube so all you have to do is subscribe to his channel to become a part of his community. 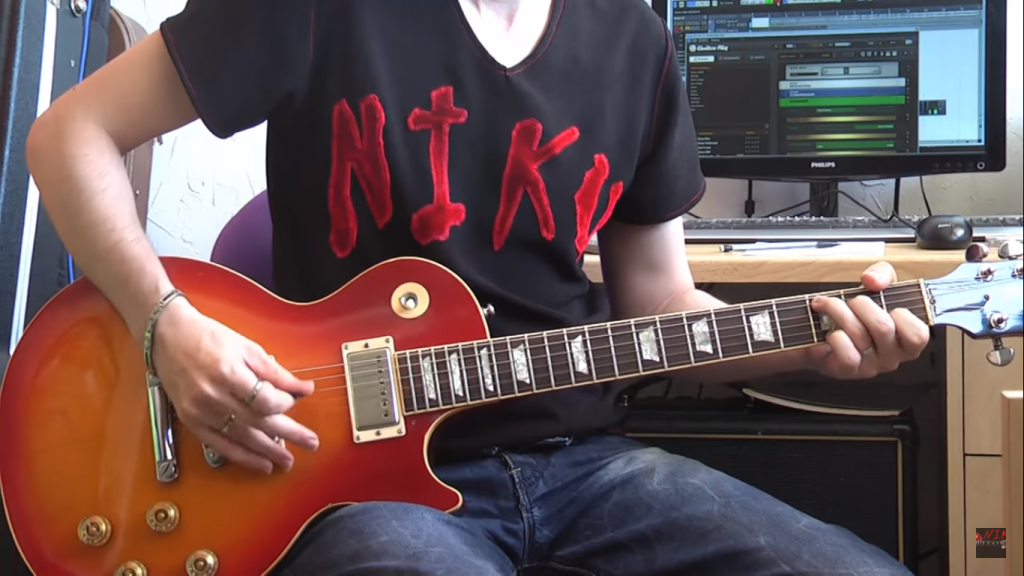 There is really not much information about Niko Slash. From what we know, he is a french guitarist and apparently is a big fan of Guns N’ Roses and, more specifically, Slash. The majority of his videos are covers of songs and solos played by Slash. Compared to Jared Dines and Stevie T, Nico Slash is less popular. So what is so special about this french guitarist? Does he only plays covers of Slash?

But his covers are too good.

His covers are not just any other random covers that you will find on Youtube. Niko Slash goes one step further and replicates the same exact song that you hear on the record. He considers all the small details that are often ignored by other guitarists. Nico pays attention to the tiniest details, such as:

Morever, he seems to play the riffs and licks on the exact same spots Slash plays them which helps him preserve the original sounding. A lot of people admit that his is the best one when it comes to covering Slash – and I couldn’t agree more. Because Nico Slash learns the songs by ear he ends up with a very closer covers of the songs and often it’s really hard to tell the difference.

Let’s play a game called ‘Find 10 differences between cover and original song’ (good luck with that).

If you are a fan of Guns N’ Roses or Slash – you will definitely enjoy this channel. Besides the covers, Nico Slash actually provides guitar guitar lessons on his channel for those who want to learn the songs as well. Additionally, he has a website at nikoslash.com where you can purchase the tabs of the songs. Just recently he released another great cover of Sweet Child O’ Mine so you should definitely check it out. Visit his channel before you know you will learn a lot of cool licks in the style of Slash.

This list is obviously not full and I will continue adding more awesome Youtube guitarists that you can learn from.