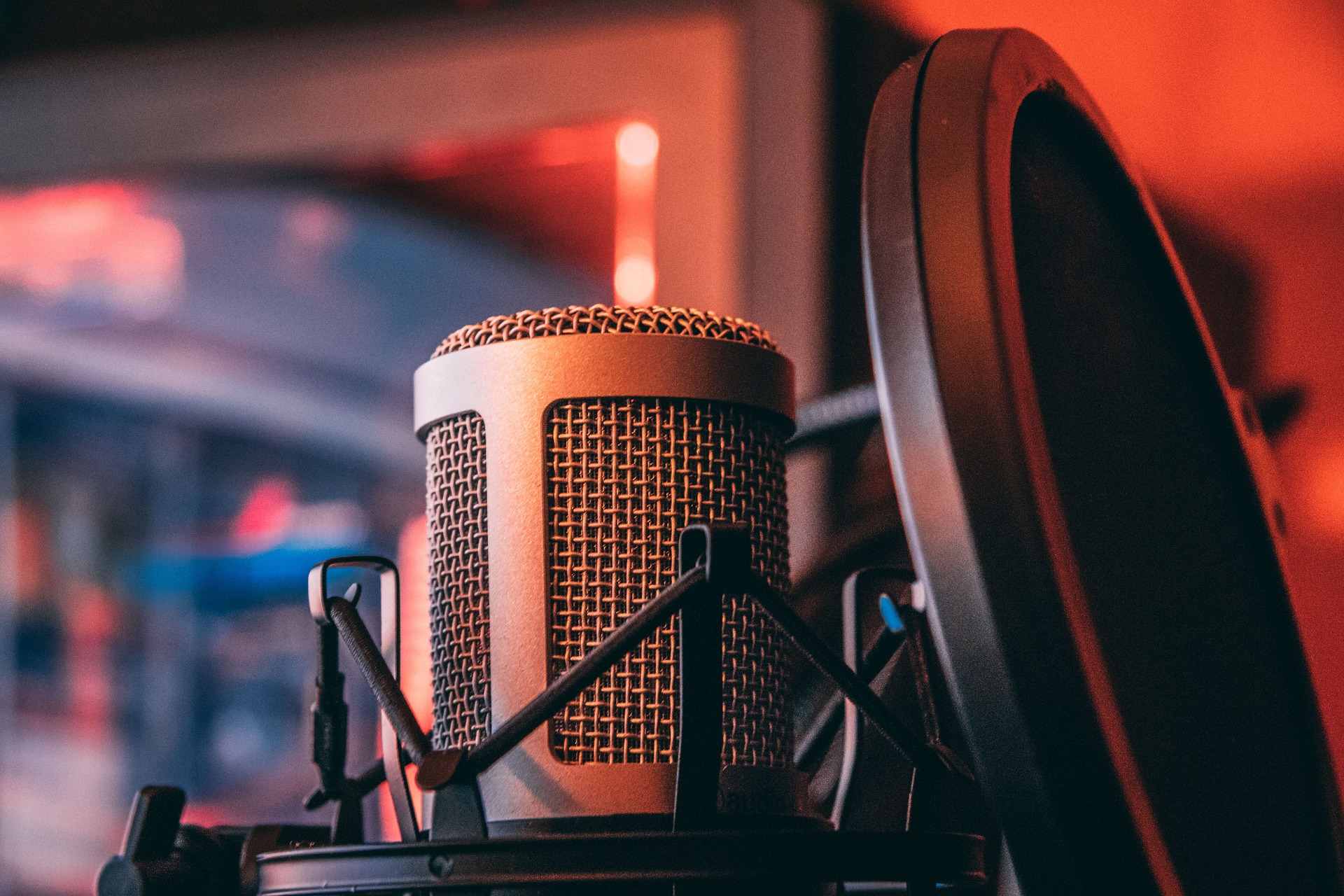 No one likes their audio quality to be trash while talking to their friends or gaming, so here are some of the best microphones that you can use on Discord and for gaming.

Let’s be honest. Once you hear how sweet and crisp your voice sounds from a good mic, you never want to go back to just using your laptop’s in-built mic, or using your phone to talk. And with tons of options on the market to choose from, it’s easy to develop a headache. But we at beginnerguitar.pro have you covered. We’ve scoured the internet in search of the finest microphones, and we think we’ve found the jackpot. Here’s our pick for the best microphones for Discord and gaming.

The Blue Yeti X is an incredible piece of audio engineering. To such an extent that you wouldn’t believe how crisp and clean the audio sounds. Not just for Discord or gaming, but for other types of recordings. Podcasts? Yup, the Blue Yeti X has you covered. Video recordings? Check, it can do that as well. Maybe recording some vocals for your music project? You bet ya. The Blue Yeti X can also do that.

But ok, let’s talk specifics. The Blue Yeti X is made by Logitec for Creators. It’s a USB type mic and it can be plugged into just about anything that has a USB port. Desktops, laptops, consoles, you name it. It comes in a variety of colors as well as different models. An example of this can be the Blue Yeti X World of Warcraft Edition. With the microphone, you also get a Blue Yeti X quick start guide, as well as a 2m USB cable.

Regarding its capabilities, this is what it can do. Firstly, it’s important to mention that it’s omnidirectional. So, you won’t have to worry as much about proper placement later on. It also comes with Four-Capsule Array, a special feature of the Blue Yeti X that makes it so good. You also get an LED visual of your voice meter, so that you may adjust it on the fly. The knob is also multi-functional and you can use it to adjust your tone, gain, mute yourself, and adjust the volume. The Blue Yeti X also comes with Blue VolCe software. This gives you the ability to fine-tune your audio however you please.

Its sample rate is 48KHz and it has a 24-bit bit rate. And it responds anywhere within the 20Hz to 20KHz range.

The HyperX QuadCast is another great option for your everyday needs. With a look that’s rather unique when it comes to microphones. Usually, most brands opt for a black or grey look to their microphones, while the HyperX QuadCast is a warm red. Of course, that’s just one of the options. It also comes in RGB lights as well as in White Lightning as they like to call it. Not only that, it comes in multiple variants. The SoloCast, the DuoCast, and the QuadCast as the best of the bunch. Regardless of which one you buy though, all of them offer exceptional sound quality.

But what can the QuadCast do? Here’s what. For starters, it’s a USB mic, so anything that has a USB port should accept it. It has 4 polar patterns and it comes with its very own mic stand, as well as a mic arm adapter and a mini USB to USB cable. The light show it can produce is also stunning. But it isn’t all flash. It comes with a built-in anti-vibration shock mount. Great for when you want to suppress the rumbles and tumbles of random things hitting your desk. A tap-to-mute sensor with LED indicators. The ability to select between the 4 polar patterns (stereo, omnidirectional, cardioid, and bidirectional). And, you can adjust the gain by turning the dial at the bottom of the mic.

Its sample rate is 48KHz and it has a 16-bit bit rate. It responds to sounds within the 20Hz to 20KHz range.

Don’t let the name throw you off. Even though it’s mainly intended for podcasting, the Shure MV7 is definitely a jack of all trades. It can do just about anything you want (except for maybe washing your car). But when it comes to audio recordings, it can do anything! It’s great for chatting, gaming, recording videos, songs, and even foley.

But what can the MV7 do? Let’s find out. First of all, it’s a USB type microphone, and it will work with just about anything that has a USB port you can plug it into. But not only that, it also comes with an XLR connector as well. Its special feature is its stand, but regarding which package you chose ( of which there are 8), you may get a different stand. Prefer your microphone on a tripod? Do that. Like it more on a boom arm? Yup, you can also have it set up like that. It’s also compatible with headphones if you’d like to use the two together. It comes in a variety of colors of which black and white are just a few. It also comes with 3m long USB a and USB C type cables.

What about its other capabilities? Well, the dual USB and XLR output allow for both analog and digital recordings. A unidirectional cardioid polar pattern. You also have close mic applications for a variety of needs and situations. As well as intuitive touch panel controls, giving you the ability to change around the values on the fly. Gain, headphone mix, volume monitoring, and muting are just some to mention. It also gives you rich and natural vocal reproduction which you can feel in recordings. It also comes with the Shure Plus MOTIV desktop application, allowing you heaps of useful features. Audio processing, EQ filters, and the ability to create custom presets. Its final feature is that it’s an all-metal construct, guaranteeing you that it will most likely survive the toughest of conditions.

Its sample rate is 48KHz and its bit rate is 24-bit. It responds to sounds within the range of 20Hz to 20KHz

You might have noticed your favorite streamers using this one a lot, and there’s a good reason for that. Elgato offers some of the best sound quality on the market, with features that are very helpful if you’re a content creator or even just a casual gamer. But what can it do?

Well, for starters. It can use either an auxiliary connector or a plain old USB. It can either come in black or white. In the basic package, it comes with a USB type C cable, a desktop stand, a boom arm adapter, and its very own quick start guide.  Depending on the package you choose it may also come with a studio controller or with a webcam if you opt for the audio-visual package. It also has a sensitivity of 15 dB.

It has a condenser capsule with a tight cardioid pattern. You can use the Wave Link app to control the Wave:3 and up to 7 other audio sources, as well as create two independent mixes. This is great for recording podcasts where there are multiple people involved. It also comes with proprietary clipguard technology that makes distortion a thing of the past. And its internal circuitry allows for seamless audio signal transmission. Its cable is 2.5m long.

The Thronmax Mdrill One Pro is a surprisingly good package for an affordable price. A great alternative if you’re strapped for cash, but are dying for better audio quality.

The Mdrill One Pro is a USB-connected mic that will work with anything that has a USB port. It also has the option of a 3.5mm jack. It comes in a sleek black or grey color. And a big plus of it is that it’s omnidirectional with its polar pattern. As well as being easy to transport by being so compact as it is.

Now. The Mdrill One Pro comes with Vertigain technology, which is meant to clarity and quality by a substantial amount compared to a lot of its competitors. It also has 4 dedicated recording modes for your different needs. Need to record vocals? It’s got you covered. Have to give a speech at a conference? Yup, it has you covered there as well. Need your teammates to hear you clearly? It has the perfect setting for that too. This is further bolstered by the fact that it also has studio controls that let you fine-tune each aspect of the sound to get that audio quality that you require. And the final feature it has is that it’s simply plug and play. No drivers are required, as such, it’s very easy to set up.

The Mdrill One Pro’s sample rate is 96KHz. Its bit rate is 24-bit. And the range it responds to is between 20Hz and 20MHz.

Ok, we looked at just some of the better options there are on the market. But what makes a good microphone? Especially for Discord and similar things? 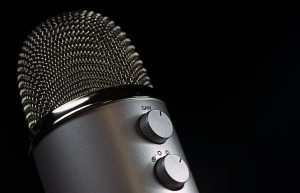 When looking at a new mic, you have to know what you want in the first place. The main things people look for is obviously the sound quality, but also the technology that comes with the microphone. Certain companies specialize and cater to certain types of groups, some cater to gamers, others to streamers, others to podcasters, while others cater to musicians. When looking for a Discord and gaming mic, your best option is to go for the mics which allow you versatility and the ability to quickly change the settings on the spot. And if the mic can work in tandem with your headset, the better.

Of course, the absolute best way to try out a mic is to record some music with it, as music tends to explore both the high and low ranges. You might find our article on the top 80 easy blues guitar songs helpful in that regard. And if you’re not a fan of the blues, how about the top 100 easy guitar rock songs instead?