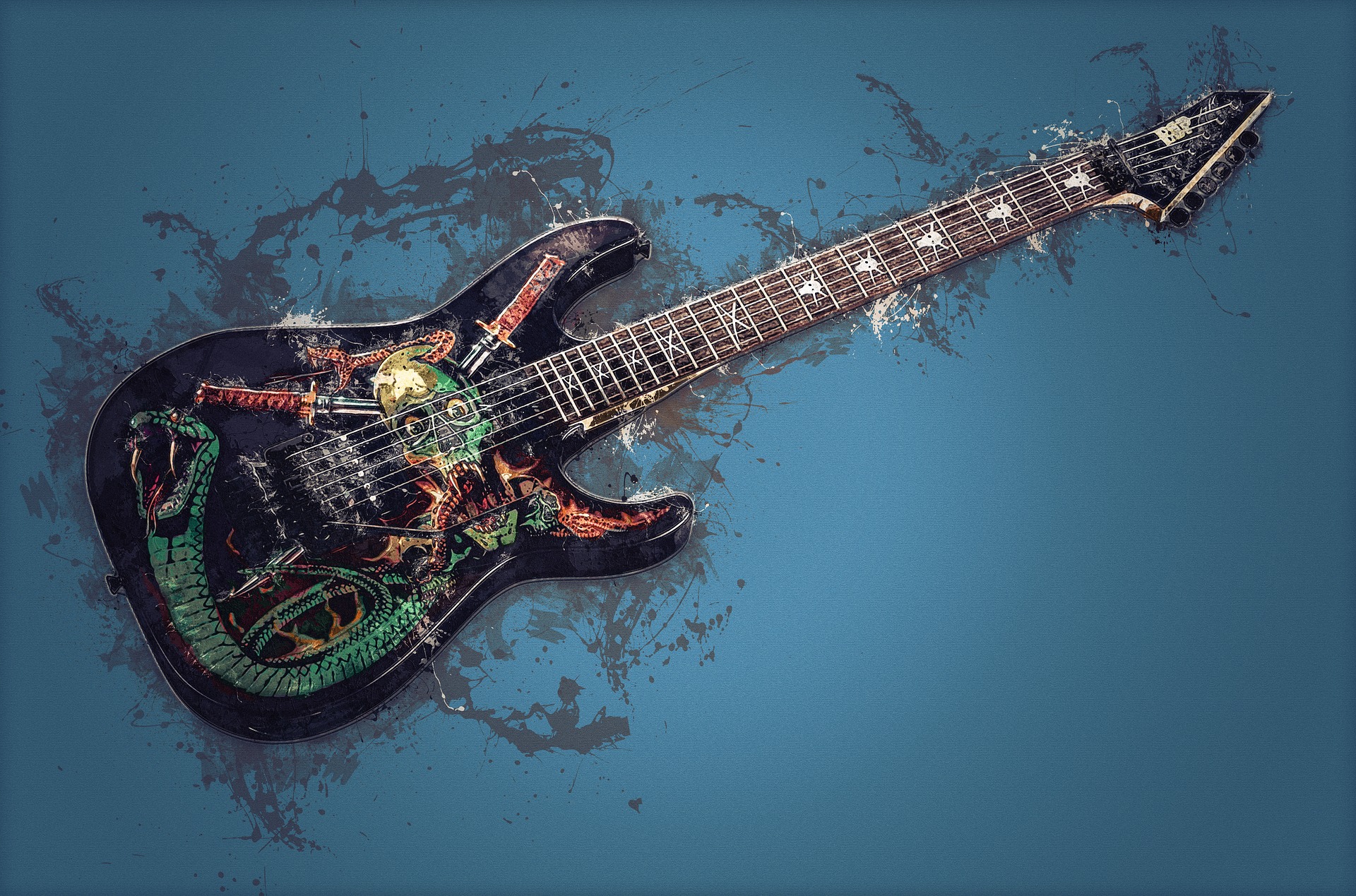 The cost of an electric guitar or any guitar for that matter varies based on a multitude of factors. That is why no two guitars (outside their model, that is) cost the same.

The primary two factors that determine a guitar’s cost are the material value, and the transportation costs of the guitar and its materials. That is why today we will be having a deep dive and analyzing why guitars cost so much, which factors determine that, and list the most common price ranges in which you will most commonly find guitars. Let’s get started, shall we?

The first and most obvious fact about why guitars cost so much is – the materials. Firstly, you first have to procure the materials you require to be able to make a guitar at all. And secondly, you have to transport those materials to the workshop. The price of these materials varies greatly based on a couple of factors.

The Type of Material

The type of material you are procuring greatly impacts the price. Are you using a cheaper local wood, or are you importing a more expensive higher wood? This is a question that all craftsmen have to ask themselves before they can even begin the crafting process. Secondly, other than the wood, you have to also think about the other components that go into a guitar. Pickups, bridges, tremolo systems, knobs, the list goes on…

The Transportation of the Material

Ok, so you’ve settled on which materials you want for your guitar, you’ve even placed an order for the materials. Now comes the hard part, transporting those materials from one place to another.

Imagine the situation. Materials are ordered from Brazil, they are shipped to a workshop in the Netherlands where the guitar is made. Finally, the guitar is shipped to the US to be sold. Someone has to pay for all that moving around. And this is another reason why guitars cost so much – because transporting the damn things is expensive and takes time. And that’s just speaking hypothetically. If we really wanted to delve into the question further we’d also look at the market cost of fuel, x-factors that may cause delays, and with that – an increase in costs. And finally, any unexpected events that may occur during shipping, like the materials getting lost or damaged. 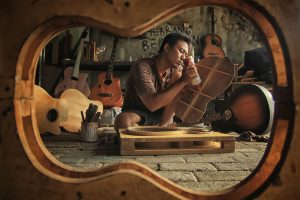 So, the materials have finally arrived in the workshop. You’re now ready to begin the process of creating a guitar.

If you want to make your own guitar, you can find out how that’s done here. Today we will only be looking at how that process affects the price. We’ll leave the step-by-step crafting process for another day. So let’s analyze the most important steps and how they influence the price?

For starters, different woods have different price ranges. Higher-quality woods that have to be imported from a specific country obviously cost a bit more than the cheaper local woods. Some wood types are outright better for making guitars than others. Alder, Mahogany, and Maple come to mind as they give a richer tone. While other woods like Pine or Spruce are more questionable choices for making an electric guitar.

2. The Quality of the Wood

The quality, or as it’s known the grade of the wood also affects the cost of the base material. More premium higher quality cuts of wood would obviously cost much more than the lower grade wood.

The additional hardware that goes into a guitar also has to be taken into consideration. And just like the woods – the quality of the hardware also matters when it comes to price. Stock bridges, tuning heads, strings, and tremolo systems will get the job done when it comes to making a sound. But to truly have the highest possible quality of sound – you have to invest in those parts as well. A stock bridge doesn’t sound nearly as good as a Grover or a Hipshot bridge. The reason for this disparity is that these companies invest time and money into fine crafting the best possible products, while the stock versions mainly focus on making the instrument playable.

The electronics are usually the “cheaper parts” in any guitar build, but they still add to the price. Things like wiring, tone knobs, killswitches, etc… Can all add on to the price. Especially if you are ordering a wacky custom guitar.

Possibly the most important piece of equipment on an electric guitar. It becomes really obvious after a while if a guitar has stock magnets or brand magnets. There are some good stock magnets, but usually, they have a poor reputation compared to their branded counterparts.  EMG pickups and DiMarzio have developed a name for themselves in the guitar world for offering the best possible tone and resonance for your guitar. You want to play a thunderous riff on your guitar? Then install an EMG pickup and you’ll get the most fidelity and tone out of your guitar for that. Want to shread the perfect solo where every note is defined? Then DiMarzio pickups won’t disappoint you.

Age is also an important factor when it comes to guitar prices. There’s a reason we keed old things in museums, and not new things. With time, as a model is discontinued and stocks run out – the prices for the remaining pieces on the market increase. This is even more so if someone famous has played the guitar in the past. Case in point. Jimi Hendrix’s 1968 Stratocaster sold for a whopping 2 million dollars at auction.

Let’s be real for a moment. With some brands, you really pay mostly for the name. Sadly, that is also the case in the guitar manufacturing world as well. As such, some brands have such a reputation behind themselves that they can easily justify the high asking prices for their products. Other brands, on the other hand – don’t have the same luxury of a reputation.

Thankfully though, many of these higher-end brands offer cheaper alternatives through their subsidiaries. Les Paul has Epiphone, Fender has Squire, and PRS has PRS SE. More on that in the next part.

Parent Companies and Their Subsidiaries

Over the years, Gibson has developed a name for itself as a high-quality manufacturer, offering some of the best tones in a guitar on the market. Still, some people still believe that most of the cost of their guitar comes from the brand name – rather than the guitars themselves. So much so that many players can’t even recognize the difference between a Gibson Les Paul or an Epiphone Les Paul. Other than the visual difference that is.

For reference. Most Gibson guitars are located in the 1000$+ price range, so if you manage to find a Gibson guitar under that price range, either wake up… Or realize that you are getting scammed. While most Epiphone products sit comfortably in the 400 – 1000$ price range.

Fender is another manufacturer that has developed a highly-esteemed reputation over the years. They offer all of their products at a simpler quality through Squire. And it’s easy to get confused when visiting their site for the first time, as they offer both the standard series, and the Squire series from Fender’s main page.

Let’s compare the cost of the Stratocaster between the two manufacturers for reference. A standard Fender Stratocaster can cost anywhere between 500$ – 2500$ dollars depending on the model. While the Squire variants can start as low as 180$. That just goes to show the difference. There really is something for everyone.

PRS is a bit different than the previous two. Unlike Gibson and Fender, PRS doesn’t have a subsidiary. Instead, they offer the same models of guitars – but of much simpler design. As such, lowering the cost.

The Most Common Price Ranges

Now that we’ve talked about the different factors that contribute to a guitar’s price, let’s talk about the three most common price ranges for guitars.

Most guitars that fall in this range are considered beginner guitars. But that doesn’t mean that there aren’t any hidden gems amongst them. It’s just that, most guitars that fall into this range don’t have the highest quality woods, or the best pickups and parts – but the design is more often than nought the same as their higher-priced counterparts. As such, these guitars are a great place to start learning guitar and to get a feel for which guitar is the best for you.

Here you will find a lot of the aforementioned Squire guitars, amongst others. Jackson, B.C. Rich and Gretsch also offer great products in this price range. Try out as many as you can before settling on a certain guitar, as one type might feel better than another in your hands – regardless of the hype behind it. For example, I can’t stand Gibson or Epiphone designs, they just don’t sit right in my hands. On the other hand, I love Jackson’s designs, they just feel more natural in my hands. This is what I mean by trying out as many guitars as you can in this price range – as that can determine a latter investment in a higher price range.

Now we’re getting into more high-end guitars. The guitars in this price range are usually made of the highest quality woods that the market can offer, along with the highest quality pickups and other equipment. Here you will find all the high-end manufacturers competing. Fender, Gibson, PRS. As most of their most iconic designs are located in this price range. It’s a real treasure to have these kinds of guitars, and it’s a dream of many guitarists to one day own that one “dream guitar that will change their playing forever.” Wishful thinking, but still.

Custom guitars also deserve a place here. It’s just really difficult to narrow them down into a price range – as they are all over the place. You can technically put a pickup and a string on a shovel and call it a guitar. Rob Scallon has done it in the past and it’s somehow worked, it technically is considered a custom guitar.

There are many cool manufacturers out there that offer some sort of custom guitar option. ESP is notorious for its custom guitars, as some of the wackiest designs have come out of the ESP workshop. Kiesel Guitars also offers superb custom guitars, with many prog musicians swearing by them. And of course, let’s not forget PRS’s Private Stock. Their Private Stock are one-off guitars that are custom-built to the musician’s requirements and desires. Quite literally a one-of-a-kind guitar. But, one-of-a-kind costs extra. That’s why most custom-built guitars range anywhere from 200$ – 5000$.

Those are the reasons and different factors that determine the price of a guitar. So let’s summarize them quickly. Material costs, transportation of those materials, the manufacturing process, the supply of the guitars, the type of the guitar, and the age of the guitar are all factors that determine the final cost of a guitar. Of course, guitars have always been around – and they probably always will be. So as long as there are humans around, you would probably be able to find a guitar somewhere.

In the end, it’s best to consult a retailer if you’re looking at purchasing a specific guitar. As we mentioned, there are many factors that come into play that determine a guitar’s price- so the direct option, is the best option. Plus, many guitar stores will offer you a chance to try out the guitar before you buy it. It is always recommended to try out a guitar before you purchase it, as the worse thing that could happen is getting buyers remorse after all is set and done.