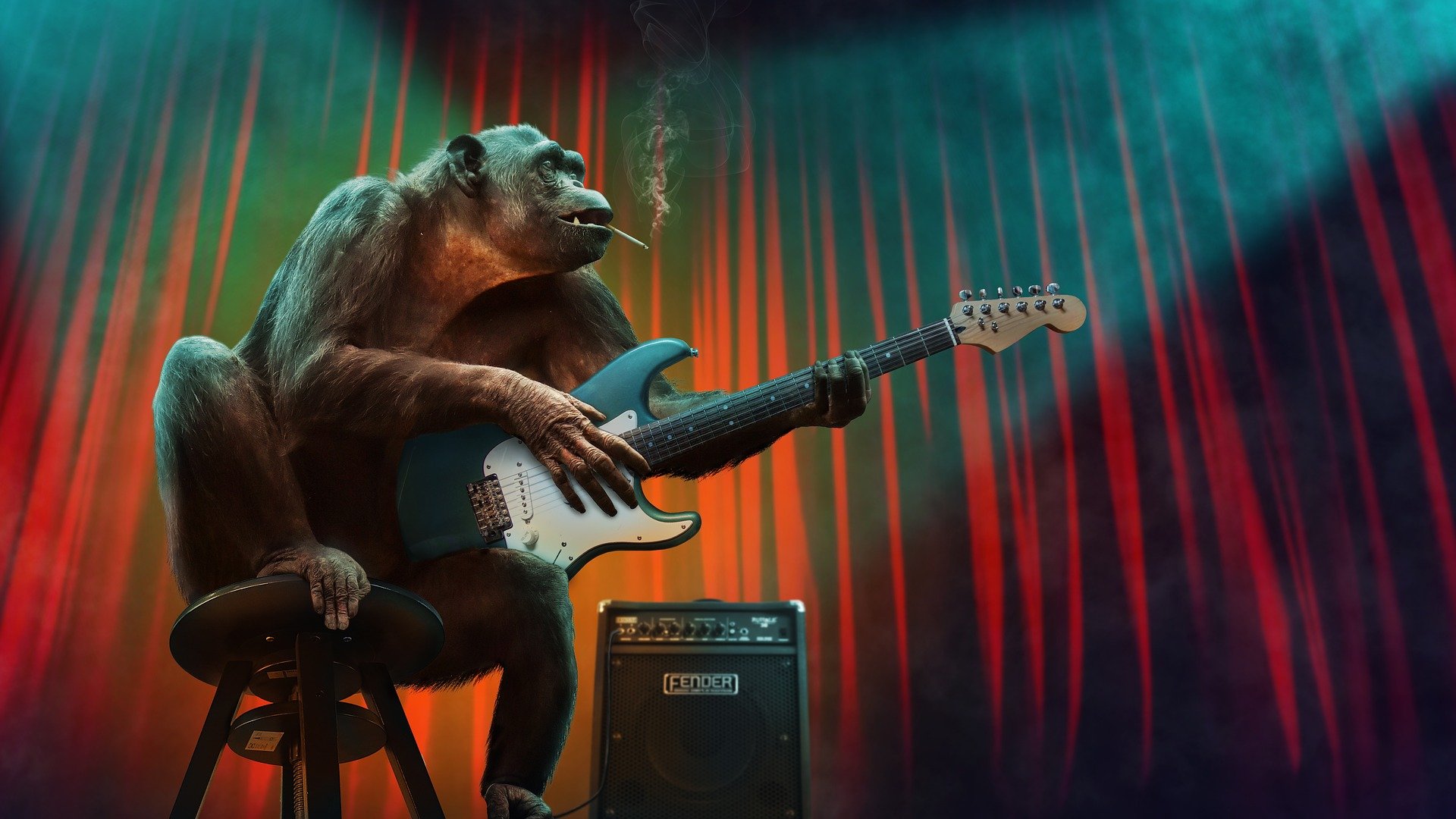 Everyone loves a good guitar joke from time to time. Even if it’s a dad joke – no matter how much those kinds of jokes hurt and drain the soul. That is why, today, I have collected for you a select few jokes, puns, quips, and well … frankly, anything that I considered mildly entertaining.

Without further ado, let’s crack open this can of laughs.

“What do you need to be able to play the guitar?
-Umm, a guitar sir?
Technically yes, but having hands also help.”

Two friends are sitting at a bar, talking about their guitarist friend.
“Man, I miss when Mike used to play on his guitar. He knew all the good songs. He doesn’t play the guitar anymore after the ceremony.
-What ceremony?
His funeral.”

“Dad, I have to tell you something.
-What is it son?
Well, for starters. I’m gay, and also, my boyfriend is moving in with us tomorrow. I love him so much, I don’t mind that he gave me AIDS. Once we’re finally settled in together we’ll start our business of selling tarot and astrology readings online. I hope you understand dad.
-Listen here. You’re my only son. I understand, and I love you. Nothing can ever change that for me, do you understand?
Awwnnh, thanks dad. Oh, and I forgot to mention. I also started playing bass guitar.
-Get the fuck out of my house!”

“It’s all fun and games being a guitar teacher in middle school – until you have to teach a minor how to finger A Minor.”

In every family that has two children. One child is always the successful one, the pretty one, the talented one, the athletic one, the one who will accomplish something in life… and the other child is a guitarist.

So a guitar teacher is orchestrating a guitar composition with his students Mike, Ike, Jake, and Blake.
“Ok kids, we’re gonna start at the root of G Minor, and after that, we’re gonna play… Got it?
-Yes sir!
Ok, a 1, and a 2, and a 3, and a…
*the kids start playing*
Wait, wait! Something’s off.
Mike raises his hand.
-It was Ike sir.
Hey! Don’t blame your fellow students. We’ll try again. From the top now!
*the kids start playing again, and again, something is off*
What is it now?
-I keep telling you sir, it’s Ike. Don’t you notice something different?
No?
-Ike’s playing a ukulele sir.
But he looks exactly the same as the rest of you kids? Y’all can barely hold your guitars.
-Yeah sir, but he’s a midget.”

Musicians are the kinds of people that will happily load up equipment that costs thousands of dollars into a van, just to drive to a gig 100 kilometers away, to play a gig that will pay them 50 dollars… But hey, at least they’re not investing in NFTs.

I’m pretty sure that an Epiphone guitar looks at a Les Paul guitar the same way a crackhead looks at a cocaine head.
“I wanna be you when I grow up!”
-Shut up crackhead!

I’m pretty sure that if we brought back Bach, and gave him a guitar on overdrive with the gain setting past 3 that he’d instantly have a heart attack and die.

I’m pretty sure that at this point everyone has heard the story of Dave Davies slashing his amp with a razor blade. And while it is a cool story about how a musician was able to reproduce overdrive on his rig – it also serves as an example that a guitarist’s thought processes’ are only a level above a monkey’s.

Guitarists don’t get girlfriends. They get arpeggio practice and scales.

I always imagine the first guitar being created when a monkey discovered a hollowed-out log and attached horse hair strings to it, and when he finally strummed his brain went.
“Yoooooooo! This shit slaps!”

How do you recognize if someone is a really good guitarist out in public?
You don’t. They don’t go out. Guitarists are cave trolls.

The most important band members in order are the drummer, the vocalist, the guitarist, the mini-fridge, the band’s dog, the carpet, the fly in the room, and finally, the bassist.

A drummer, a vocalist, and a guitarist are flying over Africa one day. When suddenly, their plane has an issue and starts falling.  After the crash, the three wake up and find themselves captured by a tribe of cannibals. The cannibals take the three to their chief. Once they arrive, the chief says to the three men.
“We will eat the most useless man in the band, and the other two will entertain us during the feast.”
The drummer goes first
-Don’t eat me. I’m the beating heart of the band. Without me, you won’t be able to keep rhythm or anything.
“Alright, we won’t eat you.”
The vocalist goes next
-Don’t eat me either. I’m the frontman of the band. I’m the one who conveys the story and the emotion to the public.
“Ok, we won’t eat you either.”
The guitarist goes last
-Damn, I really wish we hadn’t fired the bassist last week.

Welp. I hope you enjoyed my sense of humor. It’s dry, but it beats chewing on a hay bale.

Also, consider checking out another funny story related to guitar.