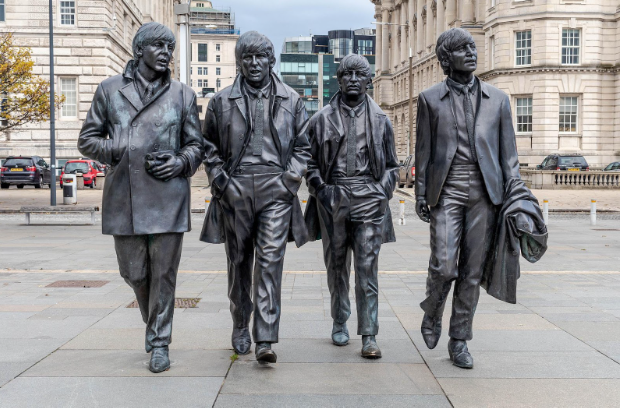 The Beatles. Like ‘em or hate ‘em, you can’t deny that they are one of the most influential bands in music. They came in a time of great social strife, bearing the banner of change.

They were a symbol people rallied around. Millions of fans, regardless of where they were from – united in one. It was the first band that broke the Iron Curtain uniting East and West.

The influence and contributions of the Beatles are undeniable, so it’s only fair that we list some of their best songs.

Now, let me be perfectly clear. These songs aren’t “the best” because of any specific reason, they are just the ones I like the most. This list might be different for you than it is for me.

As the old Latin maxim goes “De gustibus non est disputandum”, “In matters of taste, there can be no dispute”.

Without further ado, let’s list the best Beatles songs, shall we?

This song actually comes in two parts. It appears in the album (which has the same name by the way) as the opening track before it segues into With a Little Help From my Friends. It also later appears again as a reprise before segueing into A Day in the Life.

A nice song carrying radical changes in the Beatles’ music style, before passing the torch onto the rest of the album.

Lucy in the Sky with Diamonds

Possibly the most controversial Beatles song. Exactly why I love it so much. When it came out rumors spread like wildfire that the acronym was a reference to LSD… and let’s be honest, it totally is about LSD.

When it originally came out, John Lennon had intended it to be a portrayal of a drawing his song Julian did about a schoolmate of his. Over time though, different stories and interpretations did start to circulate. The most famous one being the aforementioned one.

It all culminated in 2004 when Paul McCartney gave an interview for Uncut magazine where he basically said that it’s “pretty obvious” drugs did influence some of the group’s compositions at that time, including “Lucy in the Sky with Diamonds”

Regardless, at the end of the day the song was still inspired by a piece of paper – what was on that paper is up for debate.

While my Guitar Gently Weeps

Possibly one of the most beautiful compositions on guitar ever. I’d even dare say that it’s George Harrison’s magnum opus. Of course, I also have to mention Eric Clapton, who did an overdub for a lead guitar part. Which he never got credit for mind you.

It’s quite philosophical by its nature. It was written following the Beatles returning from their Transcendental Meditation lessons in India. In it, Harrison comments on the state of the world – and the state of the band for that matter.

He had noticed that the band was slowly starting to fall apart, the love and bond that was there had simply started to die down with time. The same goes with the world at large for that matter.

And good night it was. The final song on the Beatles album (also known as the White Album). And what a way to end it all.

The song was originally written as a lullaby by John Lennon for his son, and it got performed by an orchestra. Now I don’t know about you, but if I were a kid I’d find it quite hard to fall asleep if an entire orchestral arrangement was playing while I was trying to fall asleep.

But hey, that’s just me.

Now this is rock’n’roll. At least it was at the time. Until Black Sabbath came along that is.

Looking back, it doesn’t seem as heavy nowadays with the different genres of metal we have now and whatnot. But back in the 60s, this one would have been considered a real bomb of a song.

Ironic that I’d call it a bomb because its original purpose was to be an anti-war song to protest the ongoing Vietnam War. The Vietnam War ended shortly after, so, it kinda worked I guess?

I Want You (She’s So Heavy)

Another song that shows George Harrison’s prowess on the guitar. Quite an unusual Beatles song in regards to previous material, as it’s one of the longest songs they’ve ever written.

It’s also a love song written by John Lennon to his wife Yoko Ono. And to this day John Lennon is the only man who told a woman she is “heavy” and lived to tell the tale about it.

I always come back to this song when I’m feeling down, it just brings about a cheer that other songs rarely do.

The story behind it is quite funny actually.

George Harrison had grown tired of the regular meetings at Apple Corps Limited. So one day, he decided to skip a meeting and go to Eric Clapton’s house instead. There he picked up one of his acoustic guitars while he was sitting in the garden and wrote Here Comes the Sun.

The song is literally George Harrison telling everyone how enjoyable he finds procrastination. And let’s be honest, it’s a situation we all can find relatable.

Let it Be, the song that ended it all.

The final single that is a message to the fans to just “let it be”. The band had run its course, they did what they did, and now it’s time to let it be and move on.

Following this, all of the band members had successful solo careers. Yet collectively, they changed music history forever.

And that’s my pick for the best Beatles songs. I’ll say it again, this list is just the songs that I like and resonate the most with. If, on the other hand, you didn’t like the list – you can always check out our site Beginnerguitar.pro
It’s full of lists, so you’re bound to find one you like.

At the end of the day, the beauty of music is that you can, and should like what you like, no matter what anyone tells you. And although the Beatles have gotten a bad reputation in recent times as boring dad-rock, that still does not discredit their amazing contributions and influence.